Chris Allen has extensive experience in all types of ultrasound.  Chris graduated from the ultrasound program at St. Louis Community College at Forest Park in August of 1999 with honors.  During his training there his strong clinical skills landed him a job right out of school at Barnes-Jewish Hospital in the Mallinckrodt Radiology ultrasound department.  He quickly became registered in Abdomen and OB/GYN.  Over the next couple years he moved quickly up the ladder becoming a senior sonographer despite his minimal experience due to his recognized leadership skills.  Chris took on the task of becoming a Registered Vascular Sonographer (RVT) to supervise all of the vascular exams being performed in the ultrasound department.  He was then promoted to Charge sonographer where he was responsible for initially obtaining and maintaining accreditation with the American College of Radiology.  During this process Chris developed and wrote an ultrasound procedure manual with a protocol for each exam offered at the hospital.  He has been a strong innovator and premier sonographer in the St. Louis area for many years. Under the direction of some of the best radiologists in the country, they worked very closely together to create one of the best and most comprehensive ultrasound departments, offering the most exceptional patient care. This coincides with the reputation of being one of the top ten hospitals in the nation.

Chris’ has a vast experience in any type of ultrasound exam performed.  He has said before that there is not a part of the body he could not do an ultrasound on.  During his past experience he has performed Abdominal, OB/GYN, Vascular, Echocardiograms, Breast, Musculoskeletal, Tongue, Intra-operative, cadaver and animal exams.   He also has extensive experience in assistance during invasive procedures including assistance in the operating room, biopsy procedures, venous ablation procedures, endovascular laser treatment, and joint injections.

Chris has been involved in many research studies involving ultrasound.  When he left Barnes in 2007 to open new doors, he was asked to stay on as a contract employee through his new company at Washington University school of Medicine and help them with research projects.  He was responsible for the ultrasound portion of a research imaging center where they did all types of ultrasound related research.  He has had multiple physicians from Washington University contact him for assistance with research projects since then whether it be for advice or to actually do the exams for them.

In 2007, Chris decided to expand his mission of excellence by developing and founding a new company so fittingly called “Soundwave Imaging”. This new company would focus on bringing mobile ultrasound and that same focus of quality to many underserved patients in the St. Louis area. He aligned with many clients, focusing on Physician office practices, Imaging centers, skilled nursing facilities, extended care facilities, and rehabilitation hospitals.   Chris formed a partnership with a large mobile radiology services company and the successes have been outstanding, helping them offer ultrasound exams in a 4 state region.

Chris is a mentor, educator, excellent sonographer and entrepreneur. He has been a very strong leader with a vision to serve patients in the most excellent way possible. Chris has said “It is an honor that patient’s would entrust their care to us because we will take great care of them.”

Ed has been a strong leader in the field of ultrasound for over thirty years. Ed graduated from SLCC at Forest Park in the Sonography program in 1984. Ed has a vast experience in many types of ultrasound exams. He has been involved in performing Abdominal, OB/GYN, Vascular, Echo-cardiograms, Breast, Musculoskeletal and Intra-operative. He also has extensive experience in assistance during invasive procedures including injection guidance for the shoulder, hip, SI joint, knees, and hands. He also is proficient in scanning many tendons in the foot and ankle and has performed many biopsy procedures.

His career began in the Chicago area where as a recent graduate he was appointed as the department supervisor for a large area hospital. His role there included being one of the first sonographers to perform ultrasound during intra-operative brain surgery to assist the neurosurgeon in tumor mapping. While there he also published an article for the Journal of Diagnostic Medical Sonographers and was also on adjunct faculty for the Diagnostic Medical Sonography program at Triton College.

After five years there, he decided to take a position as the Manager of Ancillary Services for a medical staffing company that provided ultrasound staffing for many Chicago area hospitals. This experience was very pivotal in developing his career as it allowed him to bring services to over fifty area healthcare facilities. While in the Chicago area, Ed also achieved his Bachelor of Arts in Allied Health Management and Education at National Louis University.

After eight years in the Chicago area, Ed decided to move to the St. Louis metro area and began working as Director of Operations for a mobile based ultrasound company. Ed was very successful in assisting the company to grow to over four million in revenue. He was instrumental in offering cardiac ultrasound imaging, teaching and training of the staff and promoting exceptional services for many small rural based hospitals, doctor’s offices and imaging centers in the area.

Ed serves on the board of the St. Louis Metro Area Sonographers and has done so for over fifteen years in various capacities including President, Vice President and Senior Board member. He also serves as the Vice President of the Midwest Cardiac Sonographers Society for nearly ten years now. In these positions, he helped coordinate several large nationally recognized symposiums as well as many local meetings offering continuing medical education to the sonographers in the St. Louis region.

Ed has had a longstanding passion for the field of cardiac ultrasound and did some study at Mayo Clinic. He decided to focus his expertise and knowledge in cardiology and became the technical director of non-invasive cardiology at Mercy Medical Center’s Heart Hospital. His responsibilities included overseeing the main echo lab, Stress echo lab, trans-esophageal echo and two off-site imaging facilities. Ed’s most notable accomplishment was to achieve the hospitals first lab accreditation for the main cardiac ultrasound lab, Stress echo lab, trans-esophageal imaging and also accreditation for both of the off-site facilities in echo and stress echo.

Ed joined Chris Allen and Soundwave Imaging in 2009. They formed a very strong alliance and partnership which solidifies their commitment to the absolute best patient care possible, bringing mobile based ultrasound to as many patients as possible. Ed’s role with Soundwave Imaging has brought great expansion by offering teaching and training in cardiac ultrasound and providing client acquisition, support and Sales & Marketing. This has translated into Soundwave Imaging experiencing an average of 20% growth every year since 2009. Ed’s philosophy of patient care was to always show concern and compassion and to do everything possible to help answer the clinical question specific to the patient’s symptoms. He states “It’s always about building relationships and trust and caring for others with utmost compassion.” 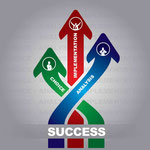 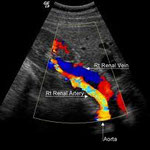 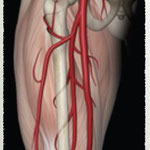 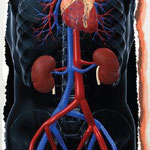 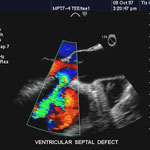